If You’re Not Translating Your Message, You’re Missing the Boat.

What is the ROI on Translation of Digital Content?

Spanish is the second-most spoken native language throughout the world behind Mandarin. It is also the third-most spoken language in the world. The Hispanic population of the United States is increasing making people of Hispanic origin the nation’s largest ethnic or racial minority.

To put it frankly - the world is changing. No longer is English the dominant voice of the future. In 2016 the population of the United States grew by 19 million people. Half of those people were Hispanic. When looking forward, the growth in Hispanic-speaking peoples in the U.S. will eventually exceed native English speaking citizens by 3 to 1.

According to Pew Research Center, 34.8 million people nationwide today are of Hispanic descent and speak Spanish at home. Another Pew Research Center study published in a 2013 article revealed that 78% of Spanish speakers go online frequently on mobile devices, desktops, and laptops – up from 64% in 2009. Those numbers are expected to increase substantially within the next few years. 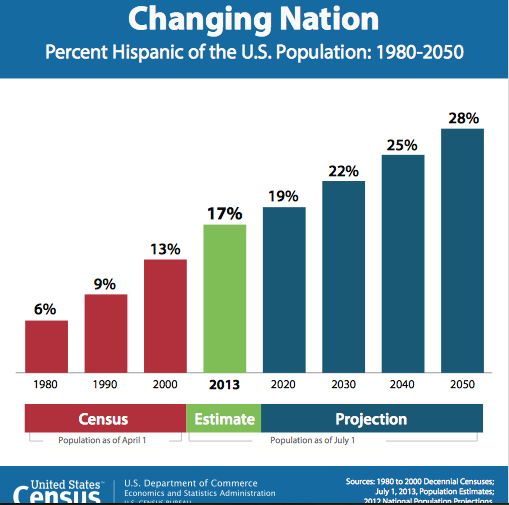 What Kinds of Companies Should Be Considering English-to-Spanish Translations?

So what does this mean for business and services providers? What types of organizations should investigate a Spanish language version of their digital content? Larger companies that already have bilingual employees are missing out on an important, profitable opportunity if they’re only catering to one language.

If you have the resources to present your product or service to a multilingual public, then there is tremendous growth potential at your fingertips! One thing we know for certain is that the global market is becoming smaller due to the ever-increasing accessibility of businesses online. When you become able to speak to more of these users, you gain the competitive advantage.

In our opinion, and by no means a comprehensive list:

With more and more individuals of Hispanic descent going online to find what they need, at some point, the need for translation services of digital content will be ubiquitous across all industries. 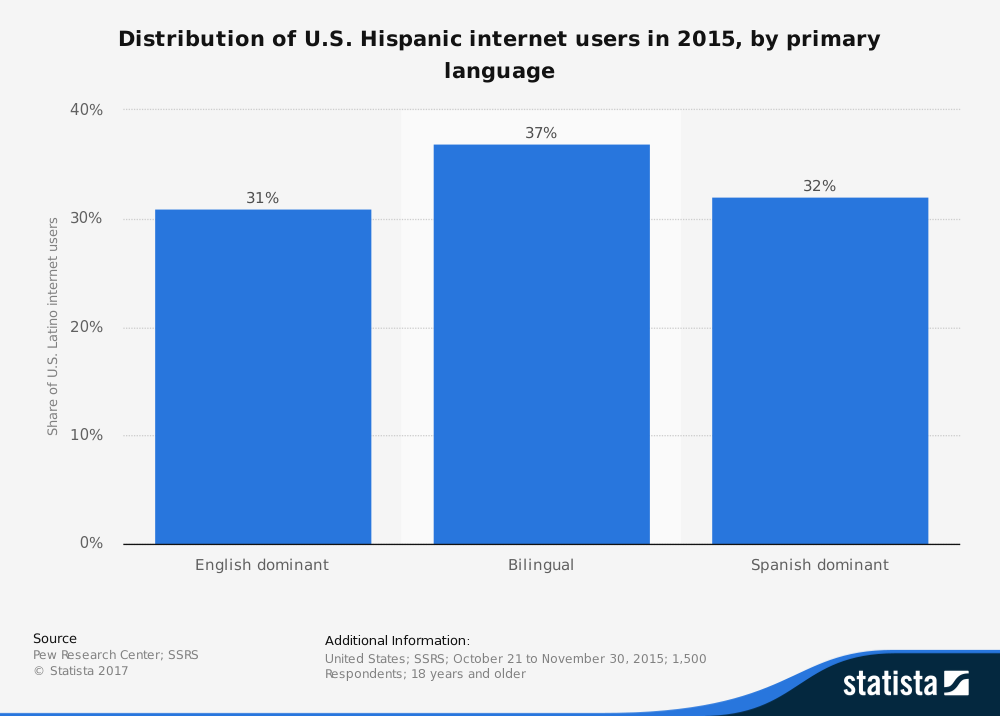 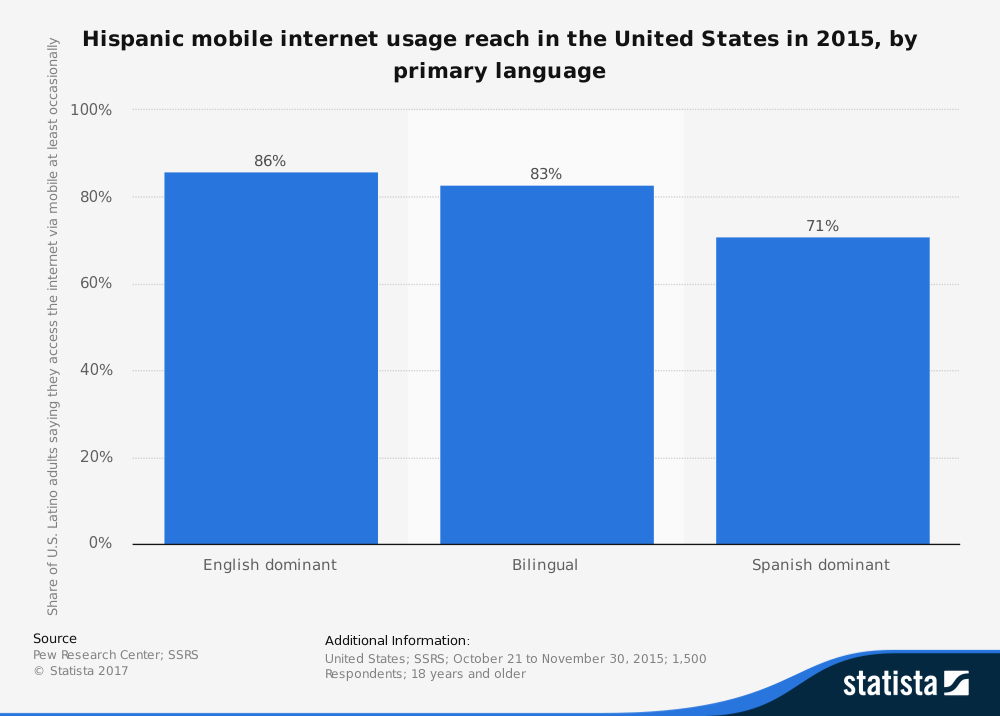 This statistic gives information on the U.S. Hispanic mobile internet users reach in 2015, by primary language. During the 2015 National Survey of Latinos conducted in November 2015, it was found that 83 percent of bilingual U.S. Hispanic adults accessed the internet via mobile at least occasionally. 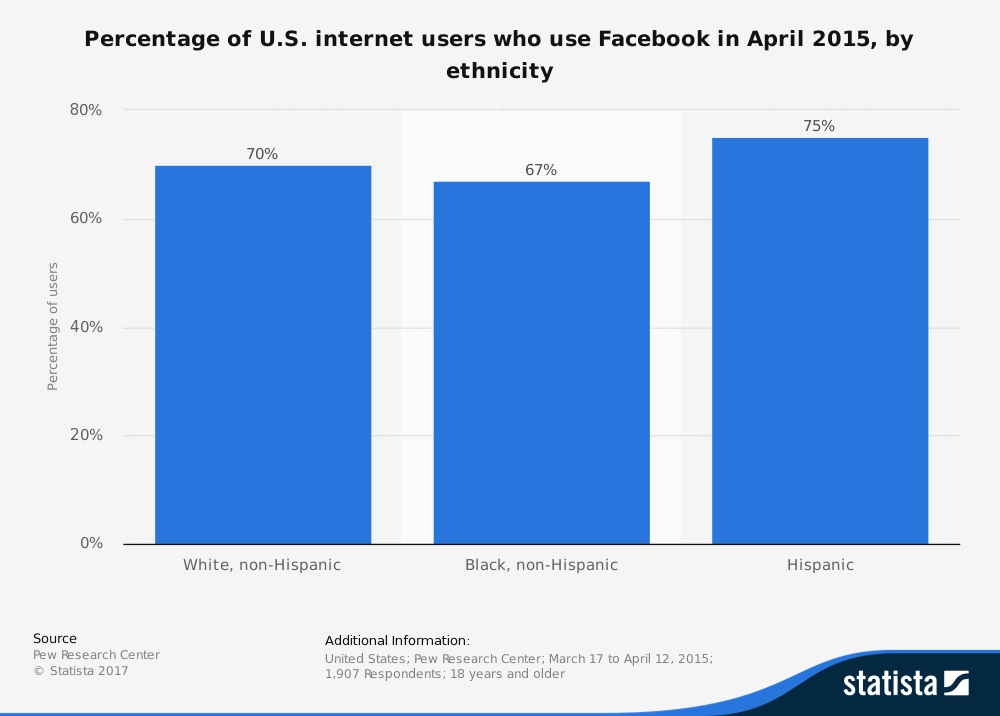 This statistic shows the share of internet users in the United States who were using Facebook as of April 2015, sorted by ethnicity. During that period of time, 67 percent of Black, non-Hispanic internet users accessed the social networking site. 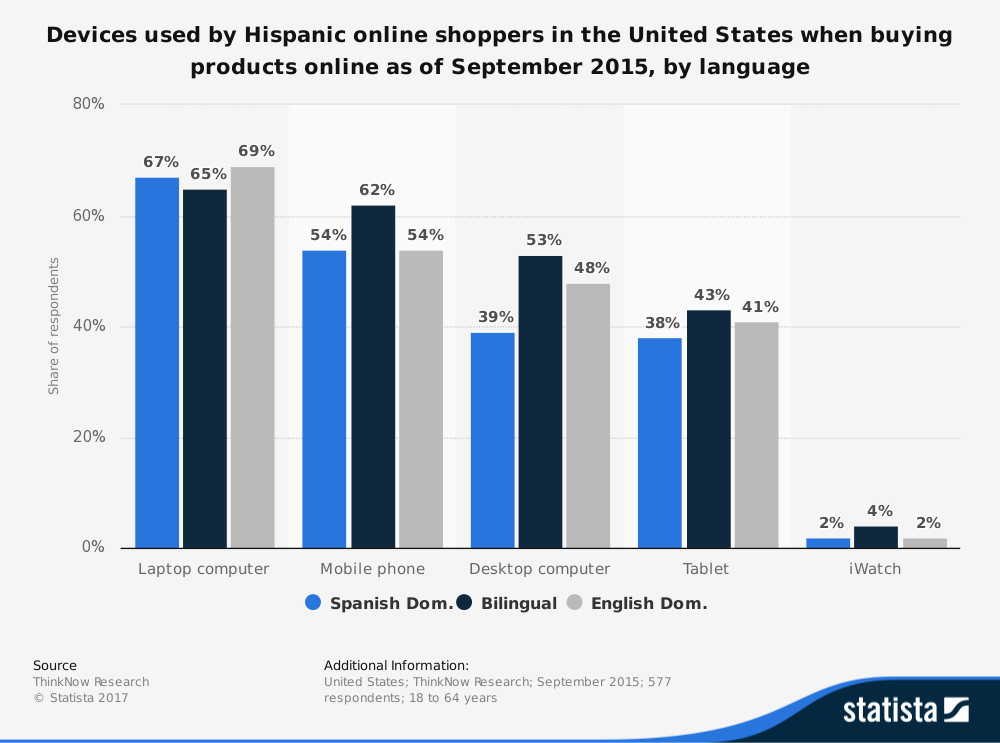 Envoc stands ready with cutting edge talent and innovative thinking to plan and implement a comprehensive language translation solution for all of your digital content.

How to Push Down Negative Results for Your... Next Post The Six Elements of a Sound Discovery Process Previous Post

Our clients often come to us to help them with an outdated or problematic business process and believe the solution is either a mobile app or desktop software. As consultants, our job is to learn about our client’s [...]

The Future of App UX is All Thumb

Even though the physical shape of the smartphone hasn’t changed much since the first iPhone in 2007, user behavior has evolved. For instance, users have shifted from entering a six-digit pin to expecting fingerprint or face-recognition for security purposes. [...]